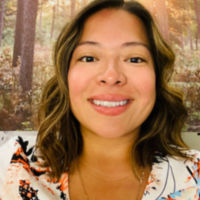 Store Manager: Angela Robles Coffman
A longtime Orvis associate, Angela’s been with us since 2006, arriving just two months after the Reno location opened. But she didn’t stay long. Soon after, she traveled to assist stores open across the West: She spent a summer at our Jackson Hole, Wyoming, location, was in Bellevue, Washington, for two years, and then headed back to Reno. Over the years, she’s also helped open Orvis stores in Seattle, Washington, and Portland, Oregon, and has worked at Orvis locations in Cherry Creek, Colorado, Pasadena and Roseville, California, and Bend, Oregon. It’s a lot of moving around for this Mexico City native, who moved to Tahoe when she was just six years old. Growing up, her summers were spent outdoors on the Lake Tahoe or in the woods, hiking and exploring the vast and captivating wilderness of the Sierra Nevada Mountains. These days, things aren’t much different, as she loves getting out with her family to hike, snowshoe, backpack, camp, and fly fish. Sharing her love of the outdoors with her team and her customers is what Angela loves most about being at Orvis. She looks forward to helping others embark on their outdoor adventures, whether in the Reno area or afar.